On a 944 engine the oil cooler is IN the engine, cooled by the engine coolant. Lately I found out that the housing of this cooler was leaking, leaving a small puddle of oil wherever I parked. This is not only bad for the environment, I personally hate these things!

Thanks to Youtube, there are countless tutorials how to repair this. The new seals + some special sealant weren't that expensive, but it was quiet a job!
You have to drain the oil and the coolant and the housing is in a not too easy to reach area, directly under the exhaust manifold !
On the bright side, none of the screws gave me a hard time, they all could be broke loose without drama!
Upon disassembly I found some issues, this repair had been done before, but poorly executed: 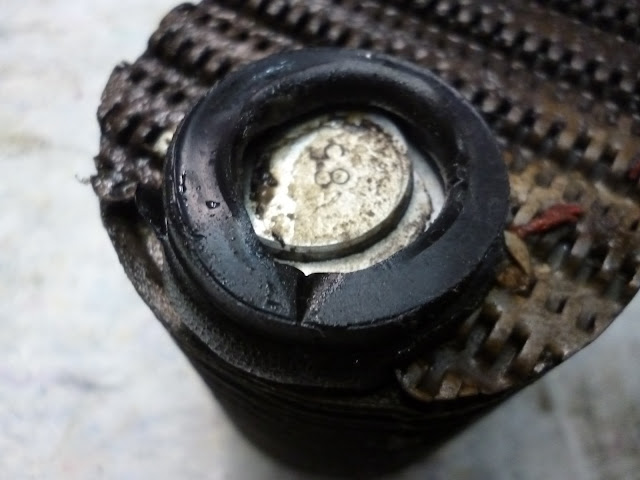 The seal wasn't placed correctly.
Also, there were 3 shims under this seal - which -at this time- I thought was a failure... because usually, only 1 or 2 are being used 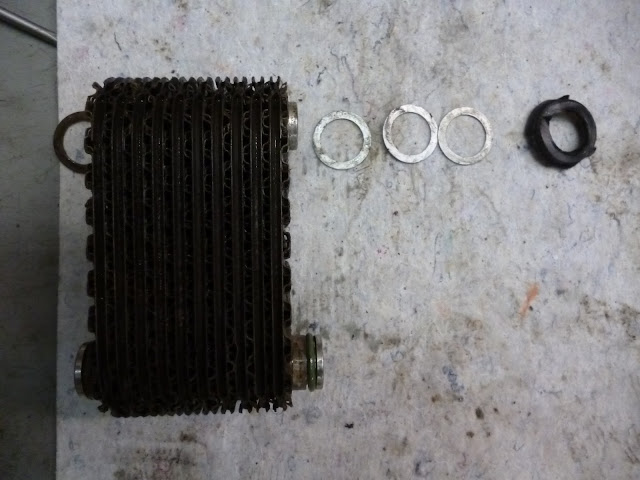 During assembly I measured the height from the sealing surface to the deck of the housing. The allowed dimension is 0,0 - 0,25 mm gap. I also had to install 3 shims in order to meet this spec.
This is the situation without any shims - a big gap: 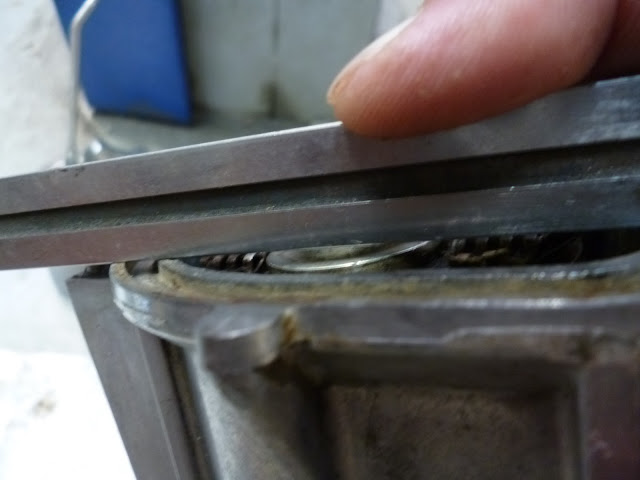 After I cleaned all parts and their sealing surfaces... 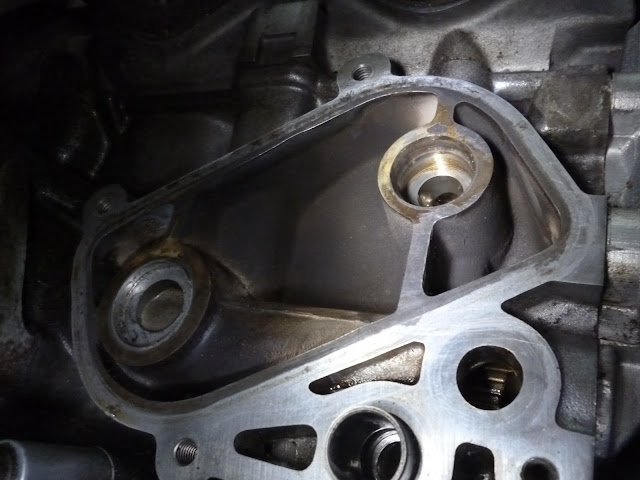 ... I used the Curil-T sealant which Porsche recommends here prior assembly of the seal itself: 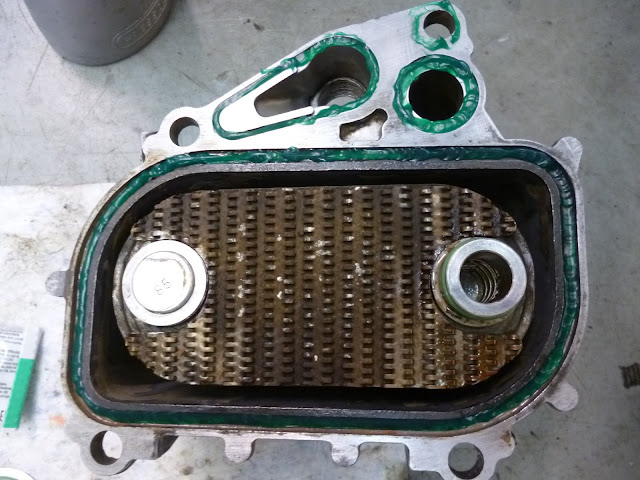 During assembly a special tool is required to align the housing to the engine block in order to allow the oil pressure relief valve to work without issues!

Now everything is back together and appears to be oil tight - actually for the first time since I own the Porsche it is leak free (knock on wood!)  - at least: oil leak free... 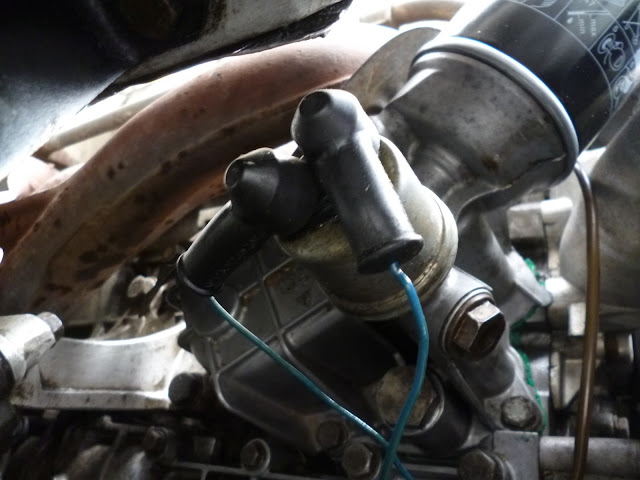 Because, the next issue is already found: The right quarter windows seal is leaking: 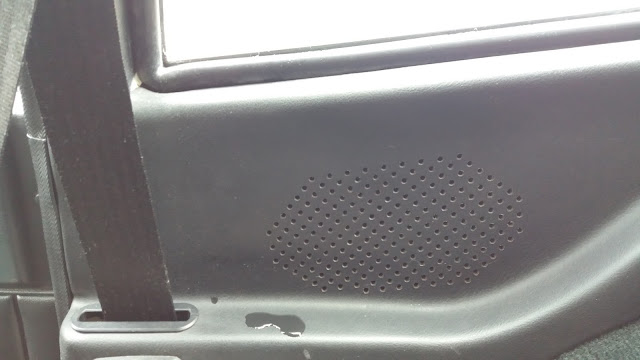 The new seal is already ordered from Porsche and will be installed in the next few days...
Eingestellt von Volkswrencher um 19:43 Keine Kommentare:

Lately I 've heard a whistling noise from the engine bay. The rubber grommet between the brake booster and the check valve leaked a bit of air. Upon closer inspection I also discovered another bodge of a previous owner. Apparently somebody broke off the little tube on the forward end of the valve and sort of glued the hose onto the valve housing:
The old check valve: 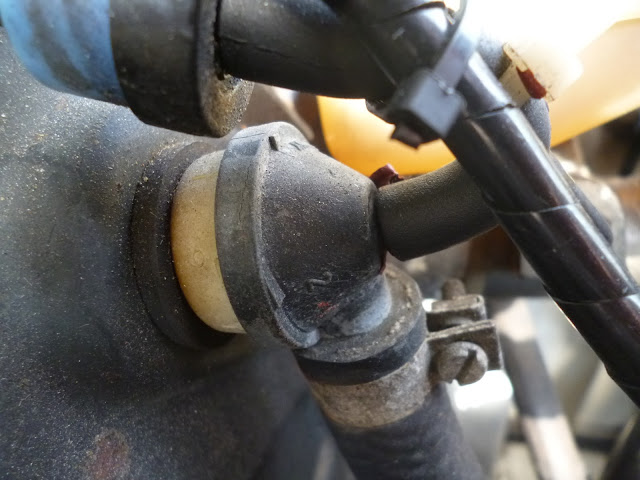 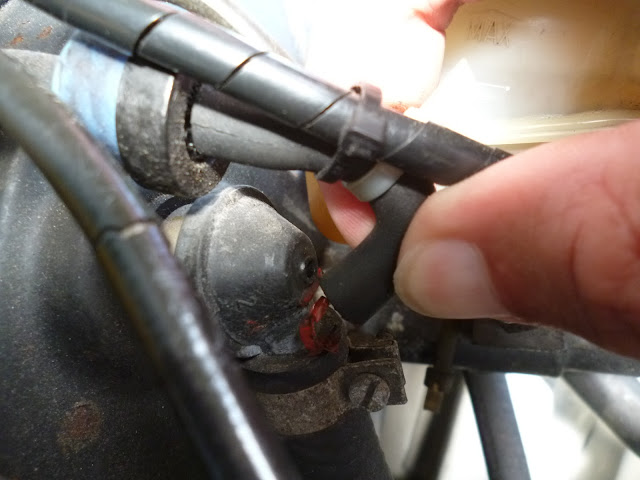 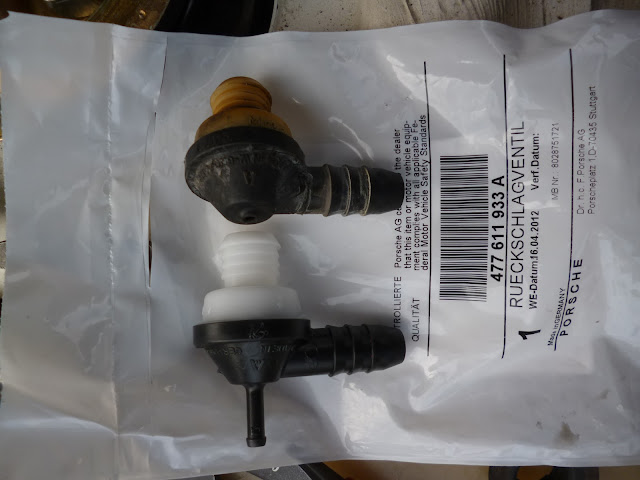 Rubber grommet: Spot the difference in diameter between new and old! 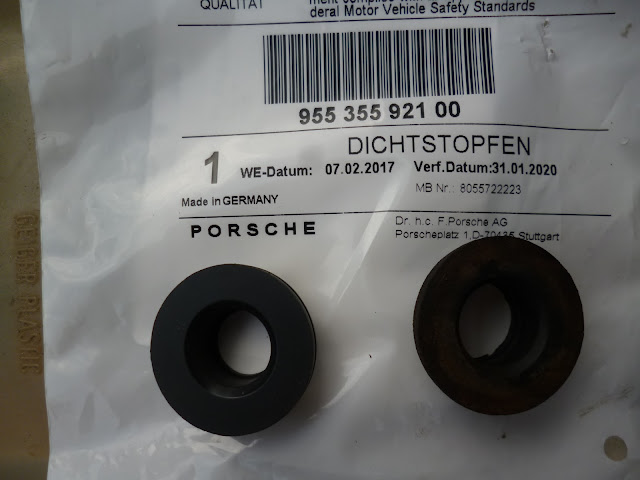 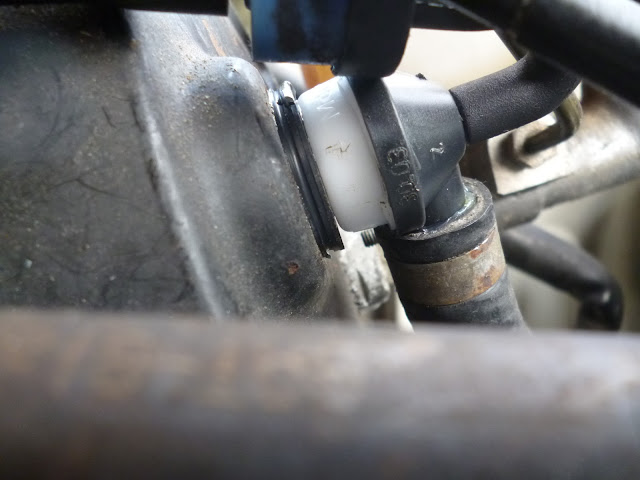